IC from the Exterior: Looking back on a decade in Internal Communications

Up until about 3 months ago I was an Internal Comms professional.  I kind of still am, in the same way that American Presidents never really lose that part of their identity no matter how long it’s been since they left office.

Around 2009, I was working at New Zealand’s Parliament as a media monitor.

Due to a long and mildly scandalous turn of political events (and the fact that I was the youngest person in my office by about 15-20 years), I was asked to help develop an intranet.

Thus began my accidental entry into the world of internal communications.

Over the decade that followed I worked in a slew of public sector organisations (primarily local government) in Wellington, Melbourne and Auckland.

Most of these roles involved at least a little internal communicatin’ and a few were solely IC-focused.

I’ve since moved into Community Development, and the shift into a new sector entirely allowed me to reflect on the ten years I’d spent in IC.

I’ve been thinking a lot about what worked well for me and what advice I could offer other IC practitioners.

So here it is – a rambling list of stuff I’ve learned over a decade in Internal Comms.

Unless the only employees at your workplace are you and your identical twin, chances are you work alongside people from a huge range of backgrounds.

Not just cultural or ethnic backgrounds either – organisations are staffed with people from a massive range of genders, sexualities, religious or spiritual beliefs, abilities and ages.

Recognising that not everyone in your work community has the same history as you should be front-of-mind all the time, and should be reflected in the stories that you tell as an internal communicator.

Be aware too, that if you lack the cultural nuance to tell the story completely, your role should be to guide and empower those who are best suited to tell it themselves.

Embrace the “organisational” diversity of your company’s teams, departments, regional centres or work strands, and reflect that in the range and scope of stories you tell and content you promote.

Your colleagues can tolerate one story featuring Darren from Procurement explaining the nuances of the new framework guidelines, but imagine how well it would go down if your staff news became Darren’s Daily Update.

You’re a professional, I get it. You want the content that your colleagues will read, watch and fawn over to be meticulous and sparkle like glints of sunlight bouncing off the mirrored surface of a lake gently kissed by a summer breeze.

But what if it didn’t? And what if that was a good thing?

You want to create a one-minute video interview featuring Darren from Procurement, following his recent win at the Annual Procurement Awards (which he just won’t shut up about). Do you hire the creative agency who produced your company’s Superbowl commercial?

Of course not – anyone watching will rightly question why so much time and resources were thrown at the project (and Darren in particular knows how much those guys charge).

For this – and the bulk of internal videos – an in-house clip shot and edited with your work device will suffice.

If you aren’t already doing it, learn some basic techniques around shot composition, lighting, sound and editing (using whatever device you use for everything else), and you will be in good stead to produce nice-looking video content (with just enough “polish”) that can be turned around quickly and completed for little or no cost.

They likely won’t win any prestigious film festival awards, but that unfinished screenplay you started at University should land you that Palm d’Or when you finally get around to writing the third act.

In my experience a lot of people perceive the amorphous entity known as “Comms” to be an enraged monster that spews fire from its gaping maw at the first sign of anyone talking to a journalist or a poster with a misaligned logo.

Negative run-ins with this beast solidify the idea that “Comms” is an obstacle standing between an idea, project or event and its intended audience.

It also leads to an “ask forgiveness, not permission” mentality that is usually (but not always) counter-productive.

In my comms life, I did everything I could to marry the skills, expertise and personality of the colleague looking to communicate something, with my own knowledge and ideas about how best to do it.

Early in my career, I learned that using my “power” (snort) to flat-out reject something prepared by Darren from Procurement was deflating, disrespectful and rude.

Instead, I practised my guidance skills. I worked collaboratively with the contact to find and articulate their expectations and goals before suggesting approaches, workshopping new ideas and developing plans that were appropriately resourced, not too onerous and would tick boxes for all involved.

So you want to collab with people to help them get their stuff out to their colleagues? Great! But how do you do it?

Establishing rapport is the best way an IC professional can wedge their foot in this particular door.

Finding something common will go a long way – this doesn’t have to be work-related, but since you both work for the same company, why not start there?

The trick is to then pivot the conversation so that your colleague is in a position to educate you on their area of expertise. It could go like this:

Me: Thanks – you know, I think my desk is directly below you, down on the 16th floor. I see you have a better view of the rooftops from up here though…

Darren: Yeah, we saw a maintenance guy take a nap on the roof of that apartment building the other day. Crazy.

Me: Oh, I’m gutted that I missed out on that. Anyway, I understand you want to get the word out about some new Procurement guidelines – tell me about what you’ve been working on…

Rapport is also great for finding the people who can make the most boring topics come alive.

I once developed a comms plan with a guy whose role involved both roadworks and accounting – two topics that sit below “quantum physics” and “nude beekeeping” on my ‘Things I know anything about or have any interest in’ list.

I don’t know what kind of black magic was in effect that day, but the way he explained what he did, how his team worked and the impact they had on the community had me on the edge of my seat.

Some combination of our rapport (we had initially bonded over a discussion about a notorious pothole), his unbridled enthusiasm for his job and my willingness to listen turned our conversation about spreadsheets and asphalt into a transcendent experience.

Get away with as much as you can

Of all the Comms, PR and Marketing subspecies, I am most fond of Internal Comms. Much in the same way that class clowns often sit at the back of the classroom to goof off, I’ve always enjoyed the relative “safety” that IC offers.

Because the primary objective is to get eyeballs on your content, a big part of comms is risk management.

And while it’s true that anything communicated within an organisation could theoretically be made public, the risk of it happening is fairly low.

I find this realisation incredibly liberating. If your audience is people you work with every day, there is less pressure to be formal in your content. If there is less risk of fallout, there is more opportunity to try something new and move on if it doesn’t work.

And if the goal is to get your fellow colleagues looking up from their desks and jazzed about the plethora of stuff happening across your organisation, there is definitely more impetus to have some fun with it (cos let’s face it, Darren’s new Procurement Guidelines are gonna need all the help they can get).

So there it is – 1,500 words to encapsulate ten years from inside the Internal Comms space (1.5 words per workday if my back-of-envelope calculations can be trusted).

I genuinely believe that IC professionals demonstrate incredible flexibility and adaptability every day and that the skills we develop as practitioners can take us in countless directions inside, outside and around Internal Comms. 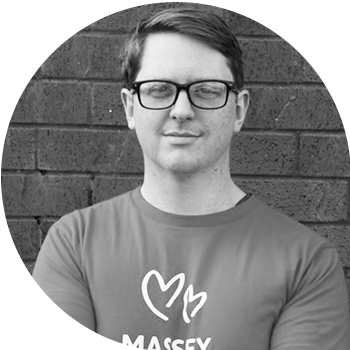 I’m a serial writer and a liar whose published works include ‘1984’, ‘A Farewell to Arms’ and ‘Are you there, God? It’s me, Margaret’. After a long and diverse stint in the internal comms sphere, I’ve recently made the shift into the community sector where I relish the chance to put my decades’ worth of IC skills and experience into practice to connect people across my home town in Auckland, New Zealand.

7 internal communications trends to watch out for in 2020

We will use the information you provide here to stay in touch and keep you informed of new exciting things from the world of H&H. We promise to only send relevant information and not clog up your inbox with excessive unnecessary emails! See full terms & conditions here.