‘Inclusion and Diversity is becoming increasingly important for organisations worldwide, and rightly so. But do you ever consider what inclusion and diversity looks like for people with autism? We spoke to Dr Adrian Minks, Educational and Child Psychologist at NE Lincolnshire County Council, to find out how increased understanding can help communicators better connect with people on the spectrum.

One of my friend’s sisters had opened up about being on the autism spectrum – something she’d hidden pretty much successfully throughout her pre-teen years, by mimicking the behaviours of the people around her.

She didn’t understand these social cues, but she became an expert in copying them.

Then she and her friends grew into teenagers, the social cues became more complex and suddenly she was lost in an environment that left her isolated, anxious and a target for bullying.

I was shocked that I’d not realised her struggles at the time, although she herself wasn’t diagnosed until she was 27 years old.

This sparked a big conversation here at h&h. We’re increasingly asked by clients to support them with inclusion and diversity programmes. How can we make sure these programmes – as well as all our communication programmes – strike a chord with everyone, including people on the spectrum? What do we need to bear in mind when communicating change to autistic colleagues? What forms of communication would resonate most effectively, and more importantly, what should we avoid?

We don’t profess to be experts in autism. But thankfully, we know someone who is.

We had a virtual catch up with Dr Adrian Minks, Educational and Child Psychologist at NE Lincolnshire County Council, and asked him to expand our understanding of autism, and how this might impact on the way organisations communicate and engage with colleagues.

First things first, what exactly is autism and is there any particular terminology we should avoid?

We had a virtual catch up with Dr Adrian Minks, Educational and Child Psychologist at NE Lincolnshire County Council, and asked him to expand our understanding of autism, and how this might impact the way organisations communicate and engage with colleagues.

Autism is a pervasive developmental disability in that it affects every aspects of a person’s life, how they communicate and relate to other people and how they see the world around them.

It’s a biological condition, so you are born with it – you can’t catch it, you can’t ‘cure’ it and it is present over the lifespan.

It’s quite acceptable to refer to someone as having autism or being autistic, but please, please whenever you talk about people who are non-autistic do not refer to them as ‘normal’. That’s hugely offensive. The correct term would be ‘neurotypical’.

A good way to think of autism is it’s simply a different way of being. A common analogy is if you get two people side by side, think of having a PC and an Apple Mac computer. On the outside they both look the same but what actually operates them and makes them function underneath is widely different.

What is the difference between autism and Asperger’s syndrome?

Asperger’s is no longer diagnosed these days and one of the reasons for this is that research found there was a bit of snobbery among parents. If their child was diagnosed with Asperger’s it was classed as being ‘good’ autism whereas autistic was ‘bad’ autism.

How does the way autism is portrayed in the media impact our perceptions of autism?

30 years ago the film Rain Man came out and that brought autism to worldwide attention for the first time. But that was a bit of a double-edged sword. On the one-hand it increased public awareness, but it also led to everyone thinking that all people with autism were going to be like ‘Rain Man’ and behave that way, and that’s not true. In fact, ‘Rainman’ became a derogatory term.

The character of ‘Rain Man’ was given what’s called ‘savant’ skills – in this case, a brilliant mathematical mind. But such skills are no more prevalent in people with autism than neurotypical people, it’s a myth.

I think the media has got a lot better at portraying autism, for example programmes like the Good Doctor on Sky and the Imitation Game.

Is autism more prevalent in males than females?

No, but there is a discrepancy between diagnoses.

For example, the ratio in the UK is currently 4 to 1 – that’s four boys with autism for every one girl. However, that figure is extremely misleading. Academics think the ratio is more 4 to 3, and there’s a lot of reasons for this.

When children hit primary school, girls tend to have better social skills, boys are way behind girls in terms of overall development but particularly social skills development. Like it or not as parents we do parent our boys and girls differently.

Girls are more likely to receive more emotional-based language, so what happens is that young autistic girls at an early age appear to have better social skills because they’ve been parented differently. But also, girls generally tend to be more advanced in terms of social skills development.

In the playground girls pick up and mimic these skills, and because the brain is quite clever it learns how to compensate. There’s a term used in academia that is ‘flying under the radar’. Girls with autism tend to get through primary school pretty well. Where it starts unravelling is year 6 and 7, because as children progress, language and interaction becomes more sophisticated, so these girls as they transition to secondary school start getting left behind. The techniques and strategies that have served them well no longer work. Their friends have moved on socially, so the gap starts widening, which is what you’ve described with your friend’s sister.

As children we learn about social etiquette. It’s not necessarily taught to us – we organically pick it up, for example how far away we should sit from other people or taking turns to speak. People with autism don’t ‘get’ this.

What should organisations bear in mind when communicating with autistic colleagues?

Communication is a bit like a tennis match – one person talks, one listens, and we bat the conversation back to each other, but for someone with autism that kind of social etiquette is difficult.

And when you consider 75% of communication is non-verbal, those with autism really struggle in this area because they don’t pick up on subtle nuances like facial expressions and body language, so this needs bearing in mind.

There is a lot of evidence for the use of visuals to be an effective way for sharing information. Retaining and making sense of verbal info can be difficult for people with autism, however their visual processing skills and visual retention can be quite good.

People with autism can also really struggle to pull together disparate threads of information, so stick to short verbal info – keep it 3-5 key words, very precise, very to the point and very specific, supported by visuals.

If you ask a child with autism about how they feel about something, they can’t say; they don’t know, because they don’t ‘feel’, and this can be the same with adults, so a better approach would be to ask what they think about something.

Autistic people may have very literal or ‘black and white’ thinking, too, which can cause difficulties with some aspects of common language. For example, if you told a child with autism that it was raining cats and dogs they might look out of the window and expect to see cats and dogs. So, we always advise to avoid sarcasm, metaphors and innuendos.

What top tips would you give to organisations, to help them engage more effectively with autistic colleagues?

• Don’t front-load information. If you give lots of information at once it will be too much to process. It needs to be chunked down

• Autism is a spectrum condition, so there’re lots of diagnoses that fall under the same umbrella. There’s no one-size-fits all – you definitely need to take a person-centred approach

• Reduce language load, and introduce information with the autistic person’s name first, so that you get their attention before you share the info, otherwise they might not think that it is directed at them

• Be aware of sensory differences. If someone is hypersensitive to light or sound, don’t put their desk near the photocopier – and the sound of a striplight can be unbearable for some

• Currently, 32% of autistic adults are in some kind of paid employment (compared to 80% of non-disabled people and 47% of disabled people).

• 16% of autistic adults are in full-time paid employment. This may change as inclusion and diversity efforts seek to close the autism employment gap. 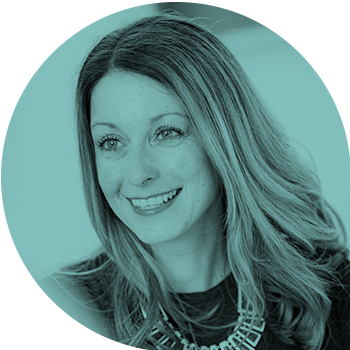 With an extensive background in journalism prior to setting up shop at H&H, it’s safe to say words have played a leading role in my career. As a copywriter, I love playing around with language to communicate exciting messages in the most compelling way. I find great joy in interpreting complex client briefs and finding the best words to condense them into simple but inspiring communications that everyone can understand. 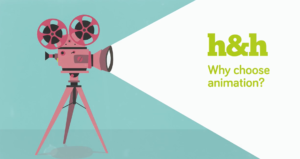